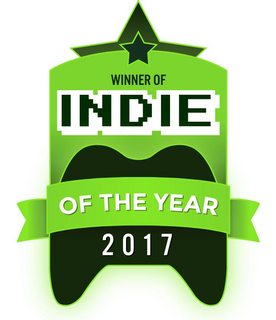 We have good news! Gorescript made it to the Top 100 finalists for the IndieDB Game of the Year Award.

You can vote for us by clicking the image above, selecting the First Person Shooter Category and then Vote on Gorescript.

We also got three nominations in the Romanian Game Awards organized by RoGa News. Gorescript is a nominee in the Game of the Year, Best PC Game and Best Gameplay categories.
http://www.roganews.ro/2017/12/roga-awards-2017-nominees.html

It’s been a nice ride so far so here’s the short history of our game:

If you enjoy our fast paced voxel shooting action game you can cast your vote right here:

and help us be among the chosen titles for this award.